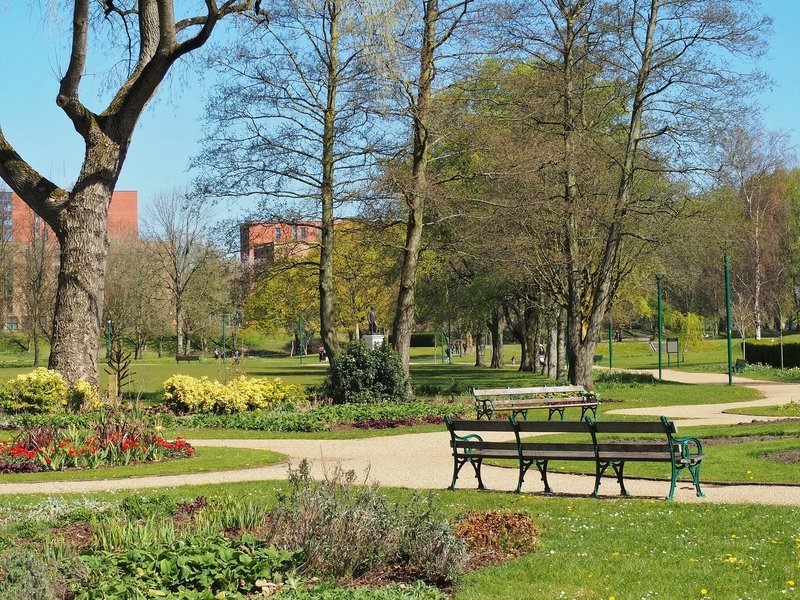 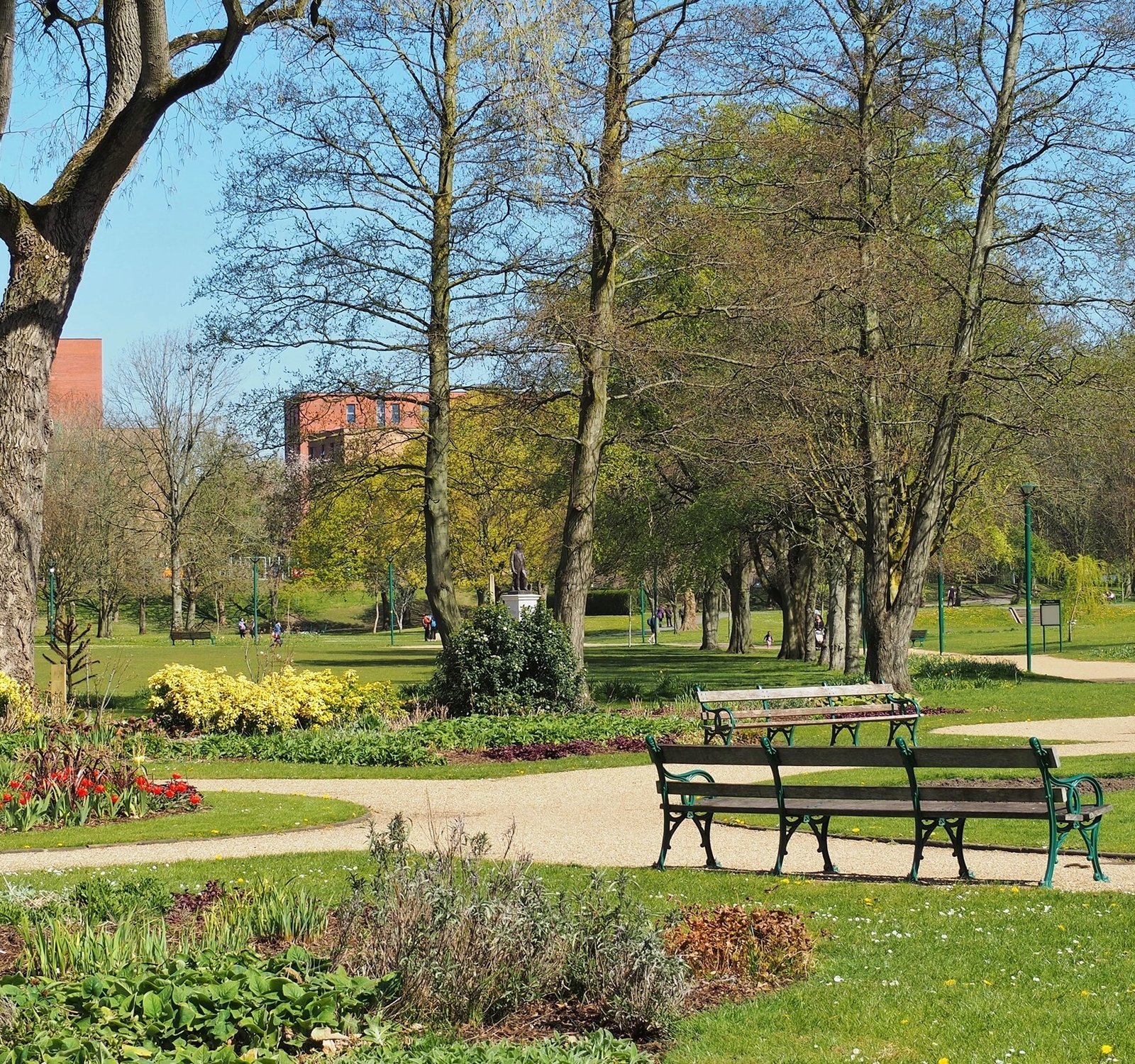 Technically we're in Salford for Walk #2, kicking off from Blackfriars past The Old Pint Pot - a great excuse for a quick drink to steady the legs. Continue down to the banks of the River Irwell and around The Meadow, an old, low-lying meadowland that was turned into a blitzed ground for chemical works and then back again.

Peel Park is just over a couple of footbridges. There's a fair bit of history here - it was one of the very first public parks to be opened in the country, and holds Salford Museum and Art Gallery if you want to stop by for a culture blast.

Yep, there are official Green Trails throughout Greater Manchester, devised by council members, transport experts and self-described ramblers (honestly, they have a website). Number 5 is your best bet from the city centre. This route links Ardwick Green opposite Medlock Primary School with Queen's Park three miles north. At a good clip, it'll take an hour.

Once more, our Manhattan residents have an advantage, joining the route up to Newton Street while barely breaking a sweat. Keep going through Ancoats onto Rochdale Road, where Queen's Park beckons.

South Manchester wouldn't be the same without Alexandra Park. It's home to a Caribbean carnival, and has enjoyed the loving support of at least five public funds poured over its fields, lodge, pavilion and Victorian steps.

If you live in AXIS, grab a quick bus there and stroll delicately along to Didsbury Village. Large houses and wide green bowers will accompany you overhead. Soon you'll swing past Hough Ends Playing Fields, where a sharp left leads to the heart of the mini village, its cafes, bars and knick-knack stores.

The valley itself is just beyond Woodhouses, a 5-mile journey taking you to Daisy Nook Country Park. That's a full day's walk if you're up for it, with woodland, the riverbank and twisted old benches at the end; you might collapse as soon as you reach the visitor's sign.

Instead, take the same route up from Ducie Street, but loop around Phillip's Park Cemetery and Clayton Vale. This is the former site of a tannery, printing works and smallpox hospital, transformed into a haven for wildlife and all sorts of trees. There are plenty of places to picnic while getting a word in over the birdsong.

It's essential ground for any Mancunian, and we've found a three-hour walk (max) that tours every main feature from the orangery to Papal Monument. Read the City Council's Heaton guide because we can't do it justice. There are 600 acres at your feet though, so feel free to wander and tread a new trail.

Getting there is simple too - catch the tram from Shudehill, 27 minutes on the Yellow Line. City centre living means you're never far from several stops. When your body's aching from a day in the sun, it's nice to know you can hop on a stellar public transport network and hit the sofa, dreaming of Factor 50.

In fact, there's a whole lot more to city life than you might realise - which comes together when you'

re in the thick of it. Manchester can bring you down to earth before firing you up for something wild again. Our luxury apartments are living proof. Book a viewing, stroll over, and see for yourself.