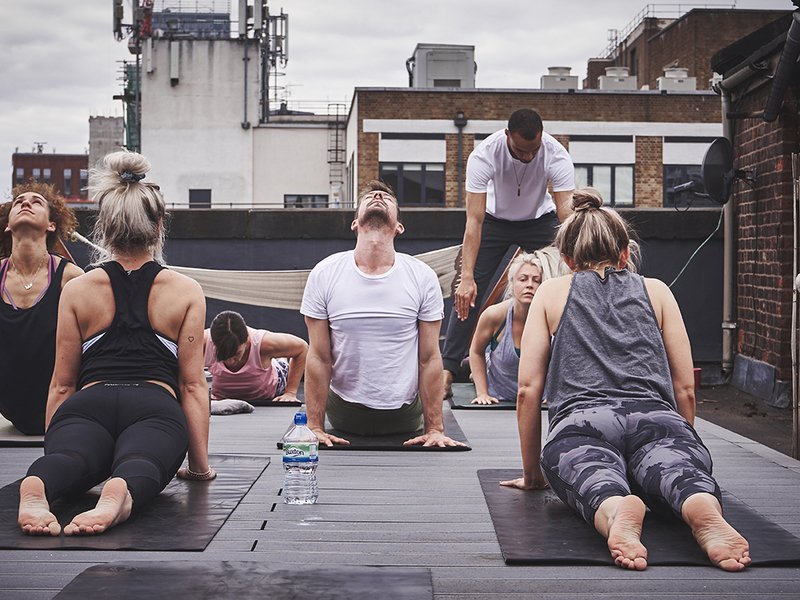 Missed the bench-press queues? The second-hand locker sweat? How about crowded, airless treadmills? High street gyms are too much sometimes. Yet as more of Manchester opens up, there are plenty of new places to hone your fitness. We want to talk about some of them.

Any of these five venues are sure to pump up (and spice up) your routine.

At least half of yoga isn’t about yoga. Maybe a quarter is meditation, the kind that only arises when you’re curled like a pretzel. The other element is making friends on the mat. And in this regard, Yoga Soul stands out without overstretching itself. From the slow release of yin yoga and strength-based rocket yoga to regular beginner’s classes, they’re all about making you feel at home, even when you’re literally in over your head.

Pick up a 21-day intro offer for £30. That’ll grant access to most classes and (crucially) their social space, where yogis are encouraged to hang out. Want to immerse further? Check out their summer retreat at Fair Oak Farm.

Anyone who’s seen Casino Royale or District 13 can’t help but privately cast themselves in a parkour movie, leaping from phone box to railing, over walls, through scaffolds, perhaps chasing someone of high criminal value. But you don’t have to dream anymore. At Graystone, they’ll teach you how to free run over a training course.

That’s just the start of the extreme sports you can pick up, from BMXing and skating to freestyle skis and ‘tricking’ (kicks, flips and acrobatics). Olympic athletes train here; you’re in very safe, well-gloved hands. Group bookings are available seven days a week alongside private coaching. 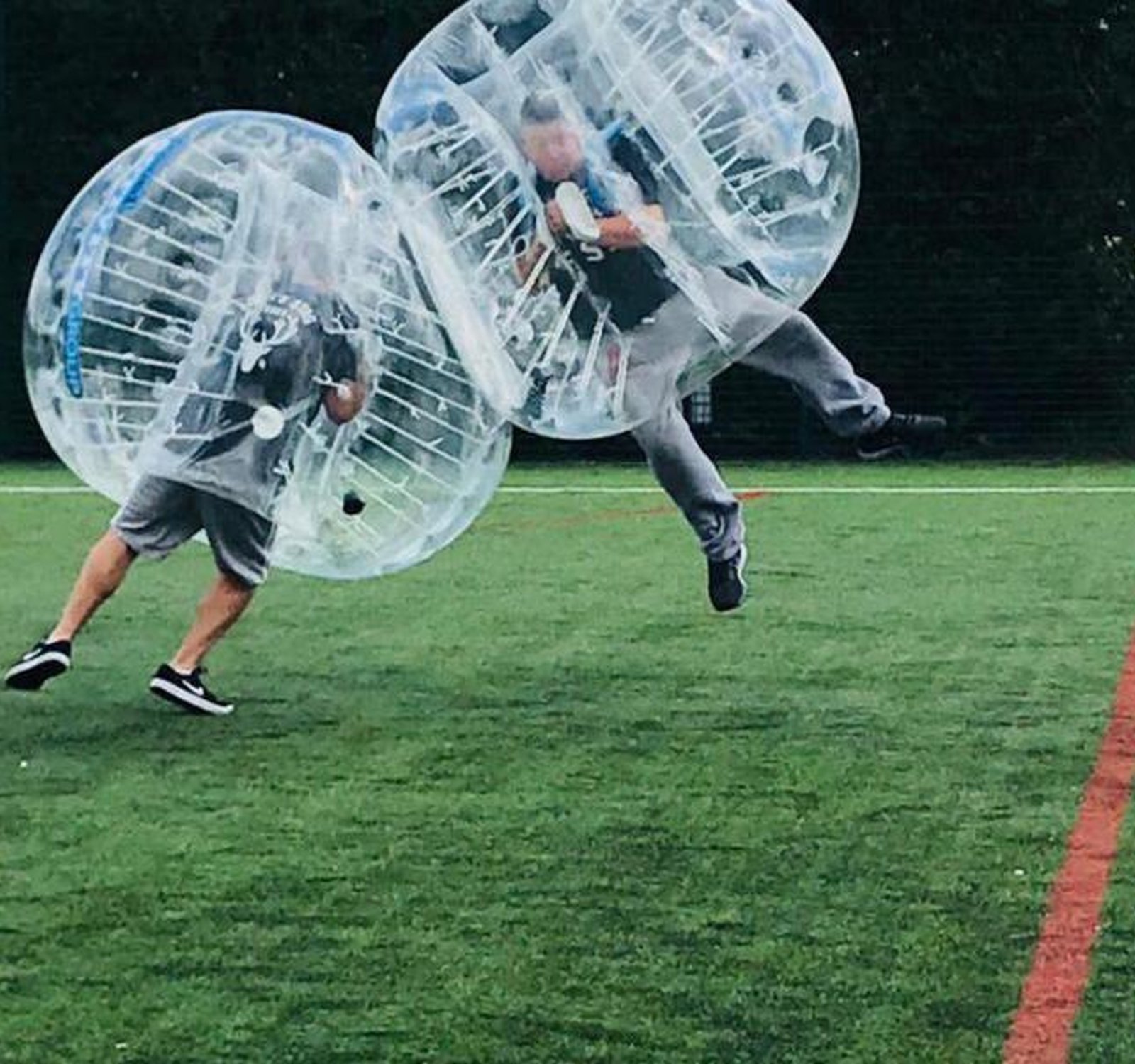 Imagine being the ball in a game of footie. Well, almost. There’s still a regular ball at play. However, you’re plonked in a Zorb – to tackle, pass and bounce into each other with abandon. Bubble Football leaves you exhausted from laughing, never mind the range of games, which run from 11-a-side to British bulldog and dodgeball.

Choose 60, 90 or 120 minutes with your Zorbs at up to £30 per person. They offer group discounts for parties of 15 or more. Someone will referee you and take videos on the sly, so you can watch yourself roll around endlessly.

The city’s premier place to hang off, within and around various objects, Bodybarre is a mecca for pole and spin addicts. They have trampolines, hoops, trapezes and burlesque costumes. You’ll find it on a second-floor studio on Thomas Street, where performances are also held for paying punters.

The instructors have their own moniker, like a Power Ranger. So, whether you choose Penny, “the bendy one,” or “sassy” Flo, enjoy a killer fitness regime that is always flexing somewhere new. Eventually you can book a Play Jam – self-training, freestyle, with an hour to yourself. Private tuition (recommended for beginners) is £45 per session. 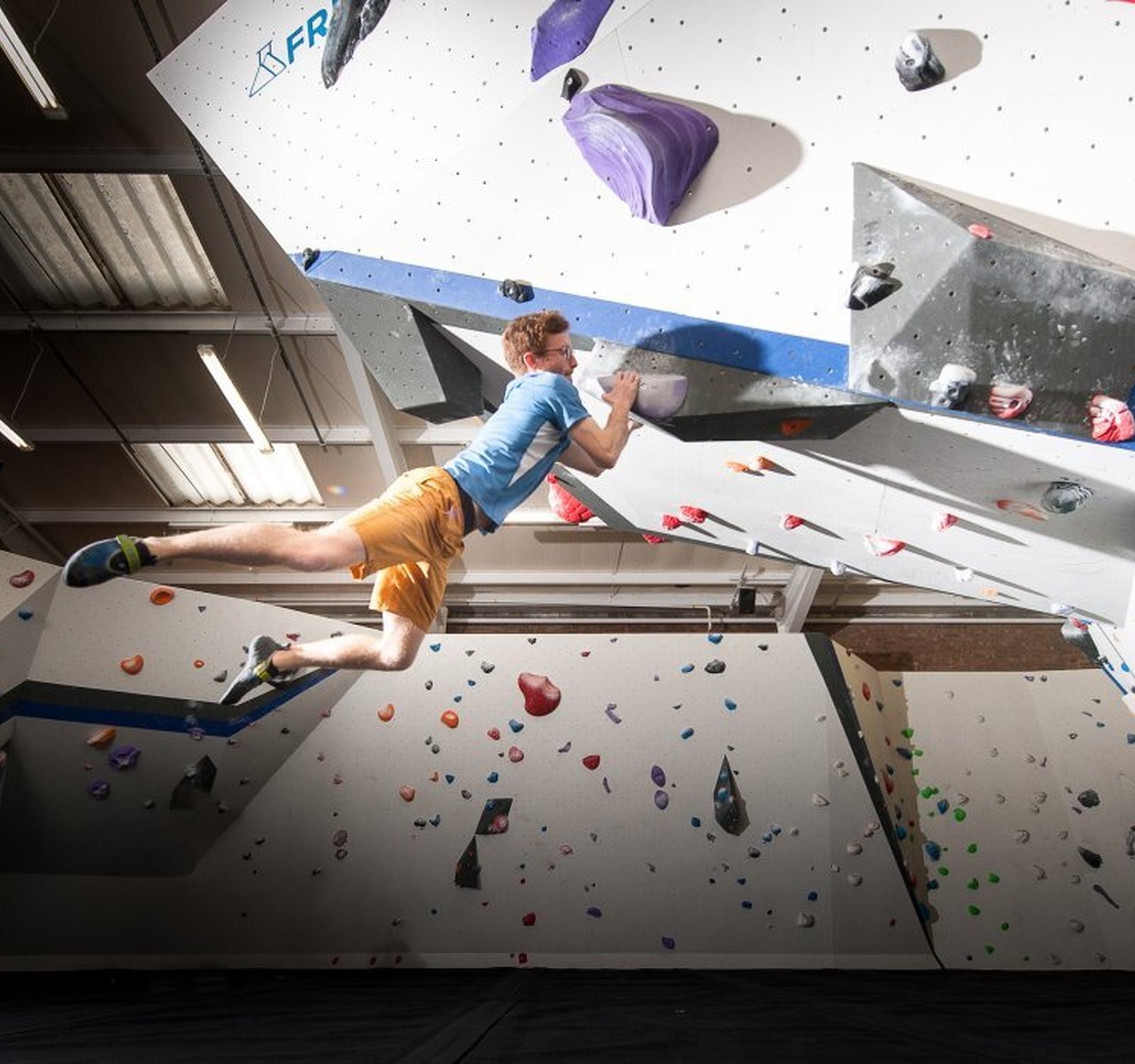 Who needs harnesses? Bouldering gets you back to basics – just hands and feet – for a climbing wall. Manchester’s Depot Centre might be the best place to scramble around 1,000m2 of multi-coloured markers, ledges and plastic rocks. You’ll get a warm up first. Staff are eager to make sure you’re safe and know the rules. Then it’s out to the wall, using every instinct to hang on. Make it to the top touchpoint and you’re done.

Elsewhere there’s more training equipment – kettlebells, rowing machines, and the scary-sounding Beastmaster 55 Degree Board. Oh, and a pizza oven as well in the café, where you can come back down to the earth.

Three lockdowns have pushed us far past what we were used to. As Manchester re-emerges, it’s fair to say that regular, heaving budget gyms might not be the be-all, end-all for your fitness anymore. Try our picks and push the envelope. Or better yet, live above an exclusive, hi-spec gym! Contact the Alliance City Living team to learn about our facilities and fitness communities.